Clean Water Project is a collaborative project between ECO Vietnam Group and HSBC Bank with the support of LIN Center for Community Development.

The meaning of the project :

An Hiep is the poorest commune in the 23 communes of Ba Tri district , Ben Tre province . This is an agricultural region , is divided into two areas : land and isles . The population of An Hiep is 121.881 or 2,724 households . On the isle land , because of the lack of clean water , people can not farm that have to employed only with very low wages in the surrounding areas or HCMC . Because life is too difficult, the learning of children are not receiving the necessary attention . One of the urgent issues to be addressed here is clean water . Located near the sea , An Hiep has only two seasons: saltwater and freshwater . Salt water can not be used in crop and livestock production ; whereas freshwater resources also affected by acidity , affect the use in daily life . The only source of clean water is rain water here . So , in the rainy season , people have used the reservoir to reserve water for dry season . However, in many poor families can not afford to build the reservoir, so they have to buy water or use salt water. Therefore, the clean water project brings  50 reservoirs for 50 poor families in the hope that reduced somewhat difficult for the people of this land .

A) Construction of water reservoir: 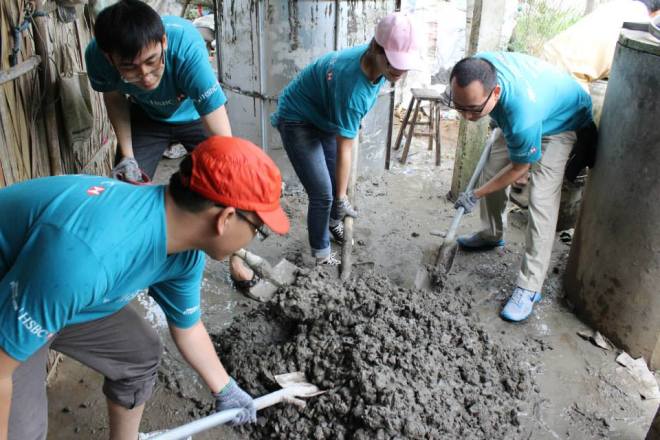 – The remaining 42 reservoirs  assigned to the local to they build and was completed in 9/2013.

B) Giving gifts to elementary students: 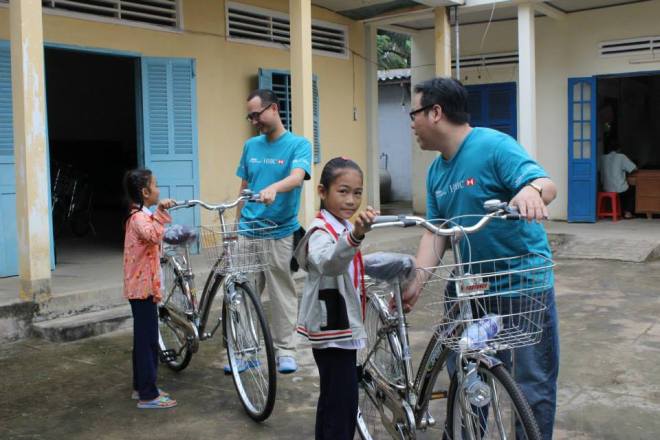 – On 08/03/2013, HSBC staff and volunteers have an exchange day and teach student of An Hiep 1 primary school about hygiene. Late sessions, 160 gifts (by HSBC charge) including pair textbooks were given to 160 school children at An Hiep 1. 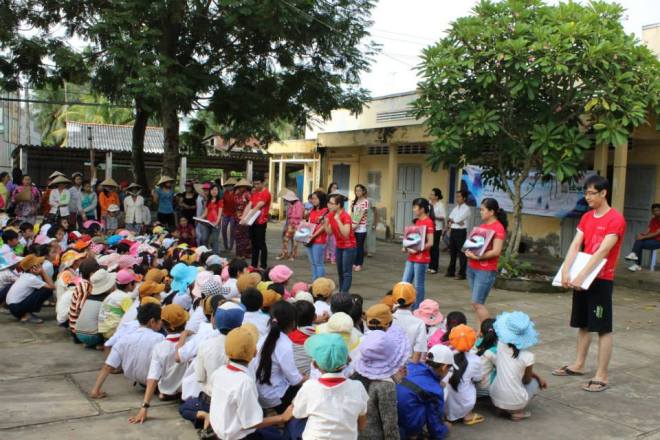 – In addition, 5 bike (charge by HSBC) has also been given to 5 students with good academic and disadvantaged of An Hiep 2 school. 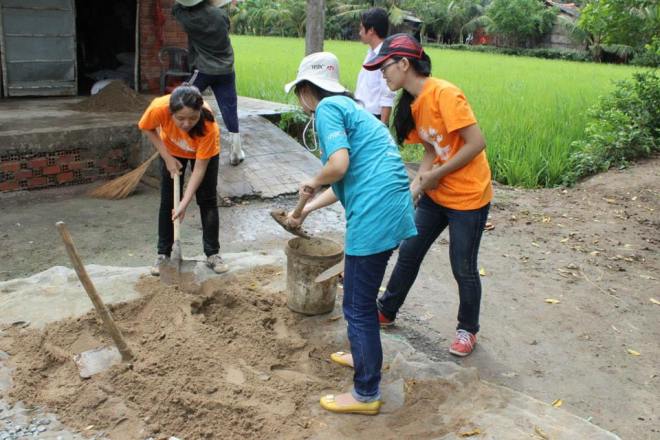