“For the Environment” project initiated by ECO Vietnam Group cooperated with Lotus University (HSU) to deal with Ben Tre environmental issues has won 150 million dong of Narrow the Gap Fund, the most notable award competed by 28 non-profit organizations.

The final round for three-project competition was held at Ho Chi Minh University of Social Sciences and Humanities during the afternoon of September 26th, 2015. The three best projects selected from 28 environmental initiatives would come and compete with each other to win the most honorable donation from Narrow the Gap Fund for the Environment. In greater details, the final round had such non-profit organization: CHANGE, DCOH and HSU-ECO Vietnam Group.

“For the Environment” innovation from HSU-ECO Vietnam Group has been appreciated by the fund hosts as well as highly received the highest votes from the public. With the continual attempts, this project finally won the first prize with the highest donation from the Fund valued 150 million dong. 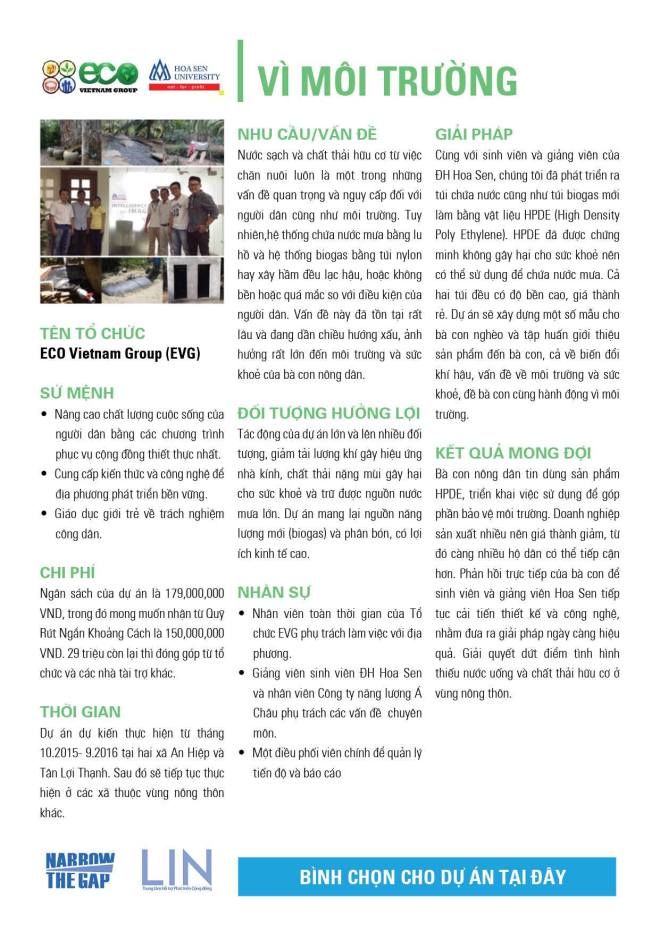 PhD. Ha Minh Tri from Open University, one of the examiners, gave highly praise to those who delighted the project. He said the key advantage of this project is to make use of HDPE technology which is not only brand new, sanitary and eco-friendly but also gives people the possibility to afford with a relatively reasonable price. The environmental aspect was also depicted in the clearest way when compared to other projects.

This project built up in the middle of environmental crisis happening in Ben Tre Province. The initiative came from the people’s urgent needs of adapting clean water as well as excrement non-pollution. On a usual basis, current measures from rain-water storage system as well as biogas storage with plastic bags or insanitary trenches are out of date and too expensive for the residents to afford. Meanwhile, this remaining issue has been lasting for a long time without mentioning social health and surroundings in which people are living. That is the reason why Lotus University cooperated with ECO Vietnam Group was trying to publicize HDPE (High Density Poly Ethylene) products when Narrow the Gap Fund officially started. We have developed bags made by HDPE materials to store fresh water besides other HDPE biogas bags that are cheap, well-sustainable and easily approached by un-wealthy people.

Training program to raise Ben Tre’s public awareness about the environment and climate change is also additional purpose this project trying to achieve. The main ambition is to expand the project throughout Mekong sub-region and later on, even the whole country. After that is the sustainable development for the products to keep the cost at low level. Then 20% of the profit will be spent for community-led reinvestment and also other continual research in pond-garden-sheds model.

Narrow the Gap Fund is a well-known funding program raised by LIN – Center for Community Development. The aim of LIN is to “bring local resources together to support local nonprofit organizations that are tackling the most pressing problems in Ho Chi Minh City and other adjacent provinces. By engaging people with a shared vision, by pooling available resources and by investing together in projects that address local needs, a Community Fund helps 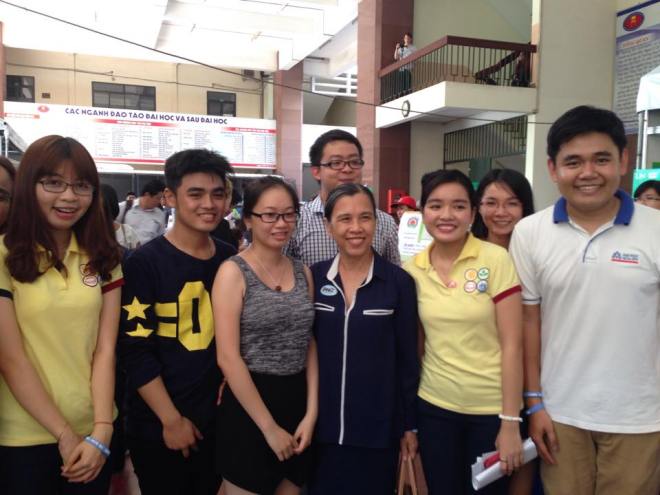